Today, let’s discuss the RNG (randomness) used in our game. 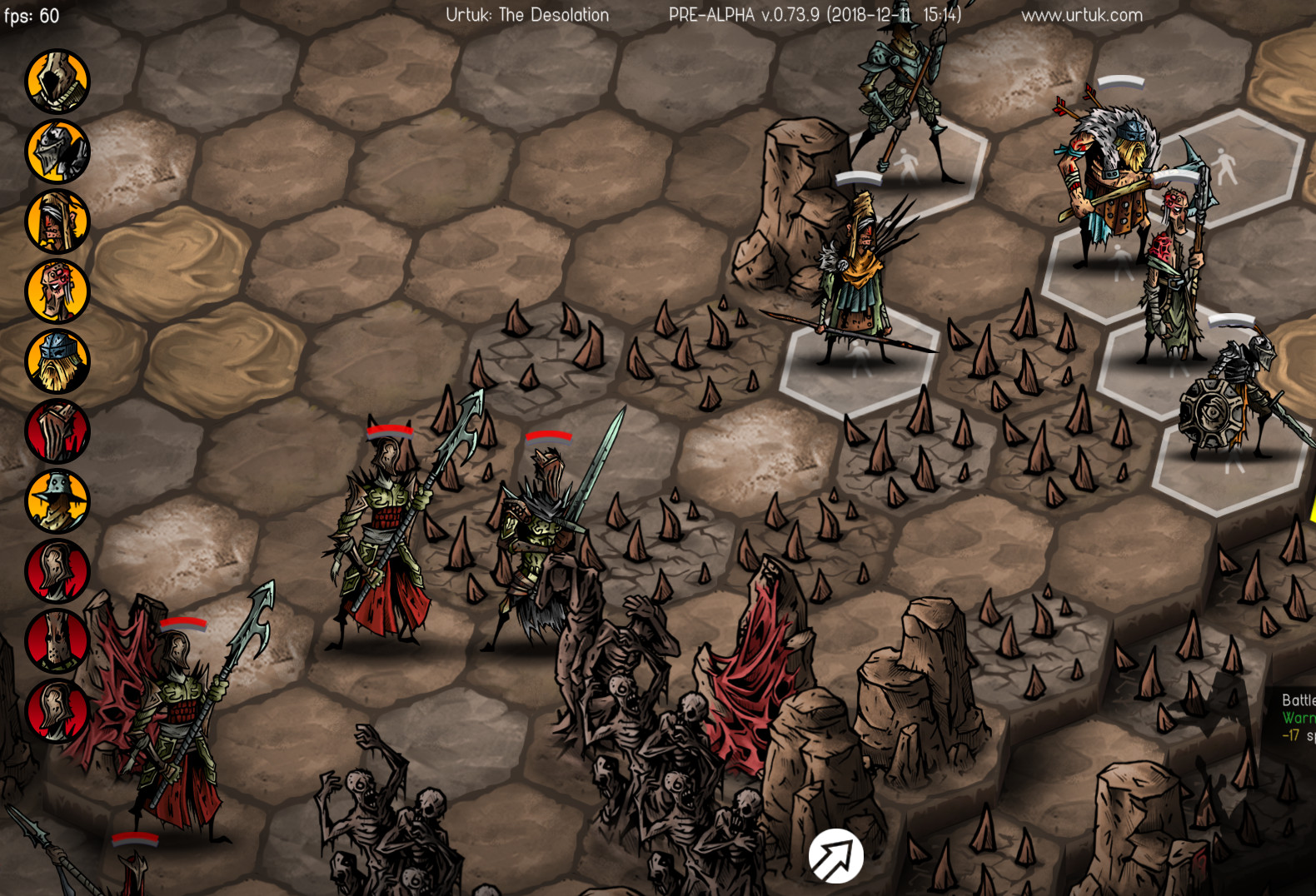 When we designed the gameplay, we wanted to keep the core game mechanics as deterministic (planned) as possible. Our goal is not give the player some random outcome when a critical situation occurs, rather we want him to be 100% sure with what comes next. With all this, the game features strict rules how the game engine calculates results. For example, in our battles, we don’t have a hit-chance for melee attacks. All melee attacks hit.

Also, we don’t have critical chance. A critical hit in Urtuk occurs only in specific situations – like when an enemy is rear flanked, or is slowed or exhausted. Then the crit triggers for 100%.

But we still have some RNG in the game.

Our ranged weapons like crossbow, javelin or pipetube have 100% hit-chance, normally. But we have also implemented the LoS (Line of Sight) system. Between the ranged attacker and its target there can be some obstacles (rocks, other characters, high gound, ..). In that case we added a hit-chance to be a little bit realistic about the projectile trajectory(path) and the hit. For example, when target is behind a character, we decrease the hit-chance by an amount. Or when he is hidden behind a bush or barricade. Of course when the LoS is obscured, the chance is 0%, e.g. the ranged character cannot aim at given target. We thought it would make sense to bring a little bit of authenticity.

The next part in the game where randomness is used, is the block chance of the armour. A heavy footman with all his plate armour has high block chance and can withstand strong sword hits because his armour will absorb the damage (up to 66%). This occurs when the armour’s block-chance rolls. On the other side, we have armour-piercing weapons like axes, spears, billhooks and crossbows. They have the AP chance – a chance to break through the armour block. So still a little bit of RNG involved :).

We used the RNG only in few situations and rules, so the player can plan his tactics to great determinism.

Also, when we already using the RNG system, we wanted to have the results as unique as possible – for example the random quest picks for battles. We have a pool of various quest types for battlefields and with our RNG implementation, no two same quests are selected randomly in row.

That’s it for today!

If you have any suggestions, or questions, head to our forum!

We also created our Discord server, please join to get in touch with us! https://discord.gg/zeNfS9q