I am striving to find a good, additional game mechanic to deepen the gameplay in battles, e.g. adding more “live” or “awareness” for the player to enjoy.. or make it more connected to the world’s campaign. 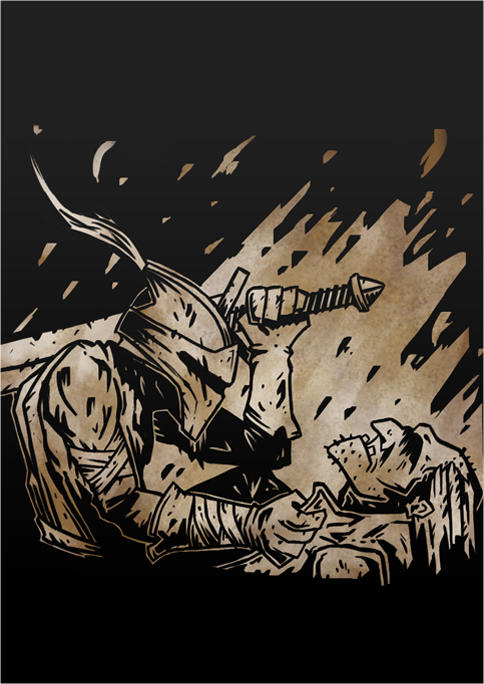 1. integrate ‘quests’ – meaning: add special characters with specific behavior. Let player interfere with this added behavior. Con of this approach is – I want to make it as common game mechanic, not as a concrete case, which after play, stays the same and is not interesting anymore for the player.

We have to find some common pattern, which would be usable in every battle and the presentation and outcome would differ each time..

Some games like Fire Emblem, do add new units for hire in battles – when some of your specific characters approaches them and ‘talks’ to them. The outcome would be – the unit can join your party..

There are also ‘pickable items’ like in Ogre Tactics, after an enemy dies or maybe is ‘hidden’ somewhere on the battle map..This is simple, and quite interesting, but it interferes with battle strategy, so in hard encounters, the player might just skip those items…

Maybe a generic quest with random details can work – something like ‘rescue a character’, afterwards he can reward player with either joining party, or an item or maybe with a knowledge about some secret location…

There could be several types of the ‘character quests’ – like mentioned rescue, approach/talk, kill, escort from A to B location, etc..

Also we could ‘chain’ the quests from battle 1 to battle 2… like rescue char.A, then in next battle, escort him to some safe hexagon..

We could also deepen the quest characters, so their behavior would be a bit different each time based on map, conditions, your char. constelation, biom, ..

2. Deepen even more the already existing features in battles

a) achievement traits, we have now 5 in total, maybe add more?

b) extraction of traits by ‘Aldehyde’ ability from fallen enemies -> add another usage?

basic idea would be that after battle, we could earn some special rewards for characters, let me call them ‘Perks’. These would have a specific impact outside of battle – in the campaign layer, e.g. on world’s map.

An example of a perk could be ‘Blacksmith’ – the given character could during a campaign turn have a solid chance to create a masterpiece of an item (based on existing resources the player has).

Another perk could be ‘Explorer’ – with a successful roll during the campaign turn – a new the world’s location could be revealed, perhaps a secret entry to dungeon, or maybe a shortcut do another zone!

There could be a perk which will trigger on character’s death – maybe extract traits from fallen party member? Or resurrect him as another entity?

well, I have to do more thinking about those things, as I want to bring really deep game immersion. Feel free to comment and make suggestions!