We work hard to come with new features and fixes and today I want to present the results.

As the title above suggests, it’s about Panic. We introduced a special behavior for the characters in the battlefield called ‘Panic’. This is inflicted when very specific conditions are met for any given character. We call these conditions ‘Vulnerabilities’. These are weaknesses such as prone to panic when surrounded by enemies, or get critically hit multiple times in row, or an adjacent ally dies or he is focused with all attacks. We implemented many. For the player, we added ‘hints’ to explore the vulnerability of any enemy by hovering the mouse cursor over the unit. Then some shouts in textual form will show up next to that character, letting the player do reasoning to what it could potentially mean. The Panic effect is rather strong – for 3 or 4 turns, the inflicted unit will randomly walk and is unable to attack or support allies.

Next thing we fixed was the balancing issues with Karwla. They are designed to stop the player to farm/grind in a zone. But they were rather weak and many testers complained that they actually were farming Karwla 🙂 . With the recent updates, we made them stronger and also introduced new Karwla classes along.

Further addition in the game is the ability to destroy or clone existing mutator. Each mutator is an item and can be equipped and we thought some mutators might be better than others, making this feature a must. 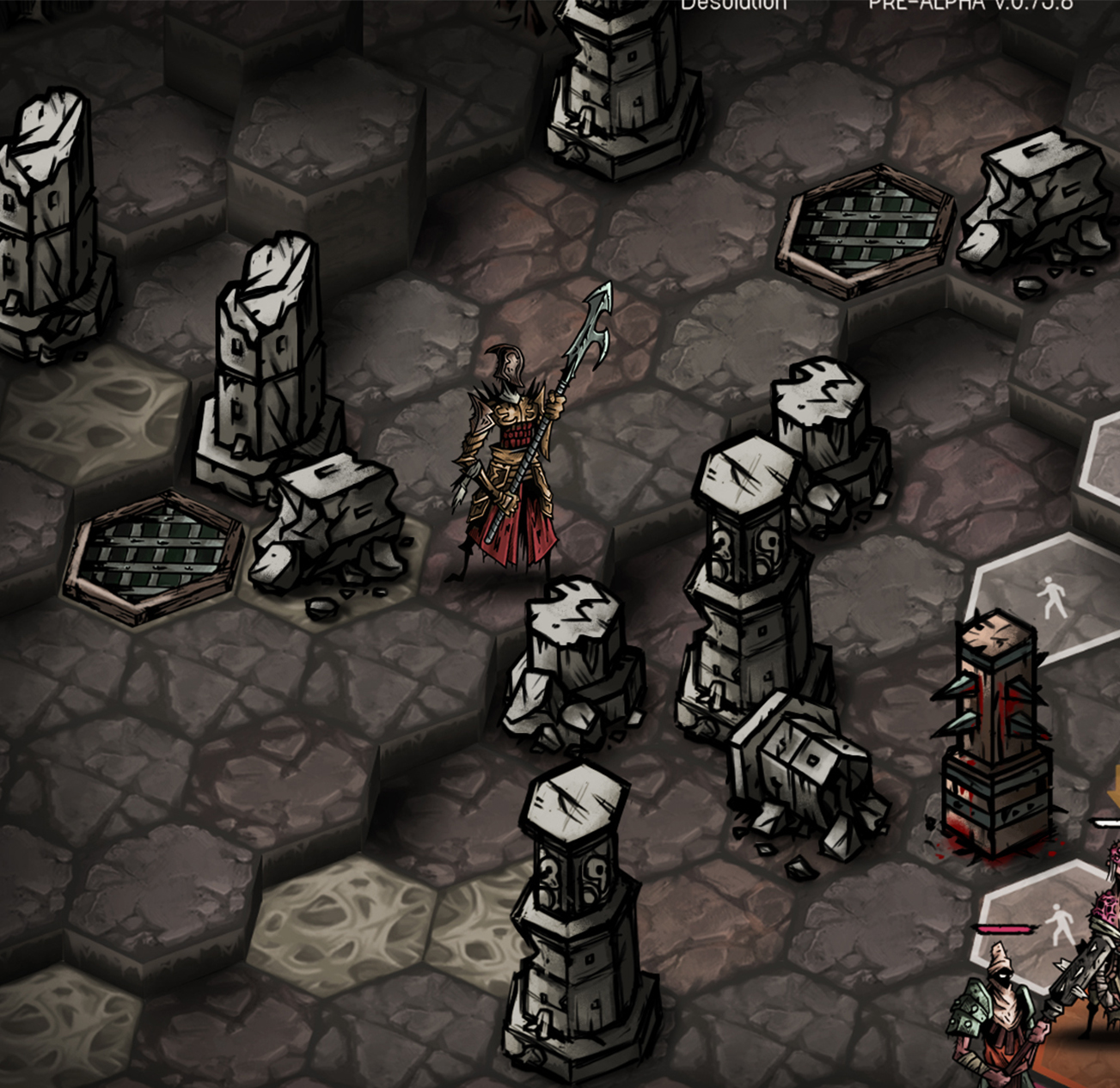 We implemented the new ‘Start screen’ when player begins new campaign. In it, you can choose your starting company along with two items you select from given collection. There are three game difficulties you can choose from – easy, normal and hard. We still balance it and in future we’ll add more difficulties based on your feedback!

Our current road map is to implement formation selection or your characters when starting the battle, add new battle preparation stuff like changing the terrain or add barricades and traps. Then we want the battle map to be re-generated if player is not happy with it. And many other things!

You can get the most recent builds only via our Discord server, so please join here:

That’s it for today folks!