We haven’t posted some time now, as we really do hard to design and implement features into the game.

Right now we play with the features around our procedurally generated open world: 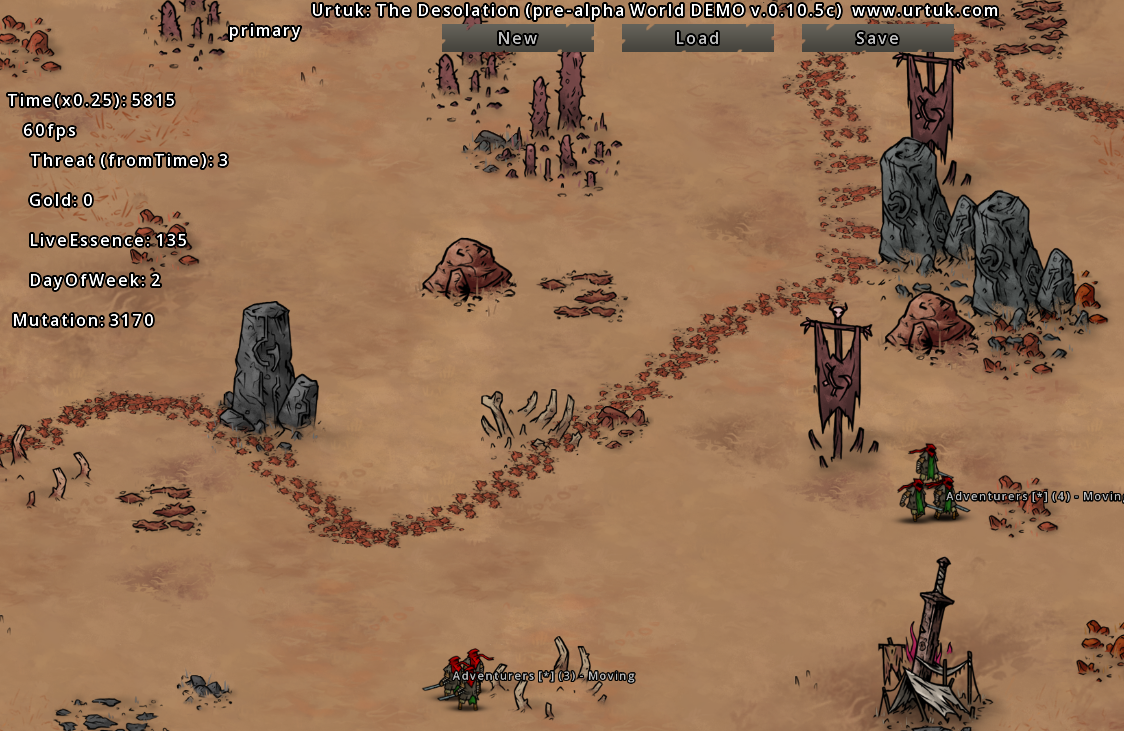 we still have a lots of things to do 🙂

A bloodlusty war is going on between two big factions – Iron Legion and Valdor, the latter is going to obligate the world as time progresses..

Then there are monsters underground, lurking, some are imprisoned and some roam freely. These are hostile to everything else when they do ascend from the dungeons to world’s surface.

There is also the Slavers faction, they attempt is mainly to capture wounded (after battle) and sell them to slave market. The more they sell slaves, the more wealthy they will be and after some time, they might even start war against other factions.

Player’s ultimate goal is to find the Cure for Urtuk – his main game protagonist. He is quite weaken by his condition and won’t participate in battles..

Now, we want to add individual behaviors to world entities, so they will act by the own decisions, e.g. what are they best at and what current local circumstances they are engaged with.. Technically we use “Behavior trees” and “Decision trees” for implementation.

Entities will have their own personal story and goals. Some might be farmers, while others are explorers, or mercenaries. The set of roles will be quite big here.

So let me explain the entity’s behavior in more details, by this samples:

(1) Say we a farmer, and his brother gets kidnapped by a slaver. Farmer isn’t really a fighter so he will probably publish a work-contract for any mercenary who helps him to engage that slaver and free his brother. Now let’s say the farmer at this moment doesn’t have the gold for the merc, so he will go gather crops and sell it to market until he has enough gold to pay the job.

If the merc gets killed, his family might seek for revenge and a new “event” arises (go find the killer, kill him or poison him).

(2) Say we have an adventurer, who is just curious about the world and wants to reveal secret locations. He might go to dungeon and finds a hidden sacred tomb, he opens it, get some artifact and he’s happy. But in the process, while the tomb gets unlocked, a monster (different entity with its own story/goals) appears and slays the poor adventurers. He then might feast on his corpse to transform it to some other monstrosity.

We want that the entities will interact with each other and the world and create their stories. Of course, player is free to engage with then in any way (social, battle, etc..).

With all of this, the ultimate task for us is to create an organic, living world, which evolved even without the player. At the end, it can result in a destroyed world (by Valdor faction or some dungeon monsters invasion or Slavers hegemony) or a happy, peacefull place to live in (optimistic 😉 ).