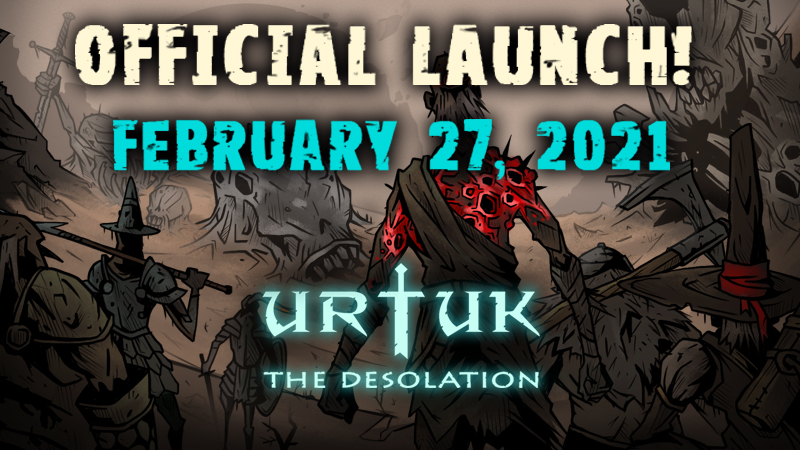 I’m incredibly excited to announce that Urtuk: the Desolation will be leaving Early Access on February 27th, 2021!

It’s taken 6 years to get to this point, with just over 1 of those years in Early Access. Players who’ve been hacking and slashing their way through the Steam Early Access version of Urtuk will automatically gain access to the full game. Urtuk will release simultaneously on all three platforms – Windows, MacOS and Linux.

The game’s final release wouldn’t have been possible without the incredible contributions of our dedicated Early Access community. We’ve put our hearts into this adventure and it’s been awesome getting so much support from players throughout this last critical year of development. We’ve made many significant changes during Urtuk’s journey in Early Access, and done our best to meaningfully integrate players’ feedback and requests as we march toward the version 1.0 launch. We can’t wait to welcome you all to the epic adventures of the world of Urtuk next week!